What’s driving the growing interest in Italian decor in Britain?

White is ULTIMATE.  A colour that emerges from the synthesis of the wavelengths of all  other visible colours in the spectrum. It may not be a conscious choice – or at least not a choice for this precise reason, but white is also at the foundation of any authentic Italian interior design. It is not exclusive but certainly dominant – the basis of that unique feel and atmosphere that only contemporary Italian decor can offer.

White is IMPRESSIVE – without being obtrusive or intrusive.  It offers a sort of blank canvas upon which the artist can display any other colour and shape without risking expediency.  White Stuff arrived on the British High Street in 1985, stocked with a range of white clothing and lifestyle artifacts: the brand bring created to fund the owners’ love of skiing in the Val d’Isere, 5km from the Italian border.  Its growing popularity supports this.

White is INSPIRING.   It’s impossible to doubt its integrity, and it satisfies all the proudest housewives, past and future, as a vehicle to embody unique and shared intangible heritage.  For contemporary Italian décor, it’s just the starting point – the base tone that determines everything else that follows.

There’s a pervading cultural emphasis on FAMILY, and a sense of the apartment or villa being not merely a functional location where people sleep and interact minimally with family members, making a rapid turnaround to perform duties outside.  Every inch of the image suggests – for friends and newcomers crossing the threshold – that they have arrived somewhere special, inside a proper HOME – with all letters writ large, as capitals.

Italy is of course a Mediterranean country, and Italian décor has a lot to do with the clever use of open spaces. Still, there is a fair distance between the usual airy Mediterranean decorative style and pan-Italian solutions. The use of those open spaces has a specific reason.  It helps followers of the Italian school to blend the exterior with the interior – to use not only artificial but natural light, as well as the organic elements of any composition.

In short: No other aesthetic mixes tradition with modernism as effectively as authentic Italian décor does.

That tradition and style!

The ‘Made in Italy’ label means a little bit more than a simple sign of origin.  Especially so, when it comes up in the context of home decoration. The country has a taste and culture that had emerged as a kind of global standard throughout history.  The Renaissance emerged in Italy – and it did not take too long for this vision of a modern Europe to conquer the whole civilised world back in the middle ages. A similar thing happened when the Baroque movement unfolded – it had dominated culture and design for almost 200 years in Europe.

From a strictly cultural point of view, these movements were more or less in opposition – the Renaissance was a sort of liberalisation – a kind of reward or gratification after the economic upheaval within Europe.  Baroque, on the other hand, was a sign of the return to prominence of the Catholic church – after a series of disasters made it impossible for Renaissance values to flourish any longer. The mutual factor at the baseline of these movements revealed itself in the Italian masters ready to dictate the pace of culture at the dawn of those spectacular periods. 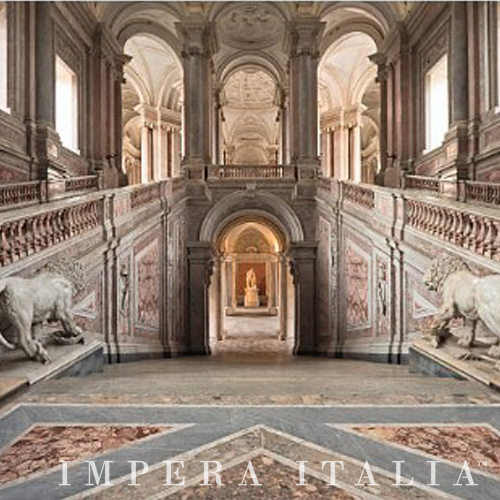 Such achievements are both the source of enduring inspiration and prime example of success for contemporary followers of the Italian masters.  Times have changed, however, and a simple copying of the late geniuses is definitely insufficient to duplicate those accomplishments. There’s a keen emphasis on keeping up with contemporary trends: Italian décor uses exclusively the finest quality when it comes to selection of resources – not to mention that willingness in regard to giving a high-end, chic, stylish, modern edge to any composition that is based on the rich, romantic culture Italy has at its disposal.

No matter how hard we may try, it seems there is no way to get round the Italian influence for anyone seriously considering the implementation of a superb quality decor job in their home – on the old continent as well as here, in modern multicultural Britain.

Signs of a contemporary upheaval

It might be a little too early to judge, but we might live in an age that will be remembered from the perspective of a couple of hundred years passed as another area in the history of Europe dominated by Italians on the level of culture and design – and as such, on the level of décor, as well.  A tell-tale sign of such an upheaval on the corner is how British architects have recently accused their Italian counterparts of plagiarism – and did so in the context of an event that is the flagship of aesthetics and architectural design on a world wide scale.

The Expo 2015 was held in Milan, with more than a hundred countries participating, over 50 pavilions, and the promise of infinite wonders  –  all with jaw-dropping potential.

An embarrassing debate unfolded because of a tree design – with British artists accusing the Italian designers of simply stealing the concept from an installation in Singapore. The British were talking about “super-trees” in the so-called “Singapore Garden at the Bay” project. The Italians, on the other hand, were going to build a ‘Tree of Life’ as the centrepiece of the design of their pavilion at the World Fair.

By no means is this little article trying to unearth the truth or mitigate judgement of the case. All that needs to be highlighted is the fact that the British seem to be on their toes – such an accusation at its core is a recognition of a worthy opponent. It is an attack against unwelcome competition acquiring solid ground on the home soil of another country.

Paradoxically. such a blow is against the heart of British tradition – since this is the country where it was first recognised that hiring the best possible candidate for any job (meritocracy) is the shortest way to success.

Such an accusation is a covert compliment – even at the highest levels, there is a recognition of the intensely growing interest in Italian methods of decor – even here, in Britain.

We use cookies on our website to give you the most relevant experience by remembering your preferences and repeat visits. By clicking “Accept All”, you consent to the use of ALL the cookies. However, you may visit "Cookie Settings" to provide a controlled consent.Read More
Cookie SettingsAccept All
Manage consent

This website uses cookies to improve your experience while you navigate through the website. Out of these, the cookies that are categorized as necessary are stored on your browser as they are essential for the working of basic functionalities of the website. We also use third-party cookies that help us analyze and understand how you use this website. These cookies will be stored in your browser only with your consent. You also have the option to opt-out of these cookies. But opting out of some of these cookies may affect your browsing experience.
Necessary Always Enabled
Necessary cookies are absolutely essential for the website to function properly. These cookies ensure basic functionalities and security features of the website, anonymously.
Functional
Functional cookies help to perform certain functionalities like sharing the content of the website on social media platforms, collect feedbacks, and other third-party features.
Performance
Performance cookies are used to understand and analyze the key performance indexes of the website which helps in delivering a better user experience for the visitors.
Analytics
Analytical cookies are used to understand how visitors interact with the website. These cookies help provide information on metrics the number of visitors, bounce rate, traffic source, etc.
Advertisement
Advertisement cookies are used to provide visitors with relevant ads and marketing campaigns. These cookies track visitors across websites and collect information to provide customized ads.
Others
Other uncategorized cookies are those that are being analyzed and have not been classified into a category as yet.
SAVE & ACCEPT